Write the IUPAC names of the following carboxylic acids…? 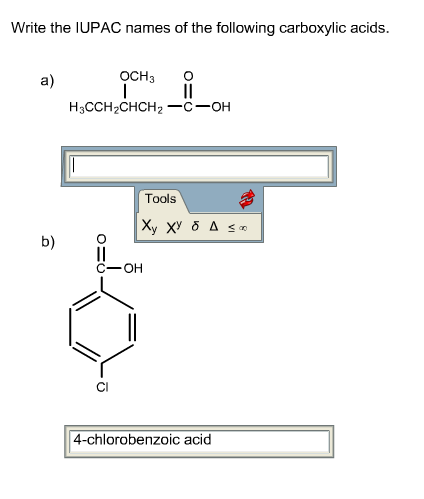 Fundamentals
IUPAC name consists of three parts namely, Prefix, root name and suffix.
The prefix is the substituent (usually an alkyl group) attached to a carbon atom of longest chain.
Root name represents the longest carbon skeleton in a molecule.
Suffix indicates the presence of functional groups if any (Example: ane is used for alkane, ene is used for alkene, yne is used for alkyne)
A functional group like CHO, COOH, OH etc.… (al, oic acid and ol) in the molecule should be used as a suffix.
Infix is used for cyclic compounds. Example: a single ring is represented as cyclic; a double ring is represented as bicyclic. 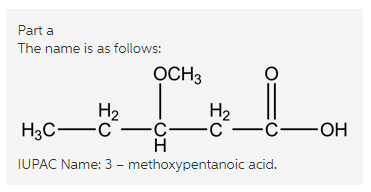 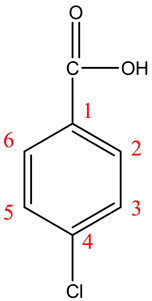 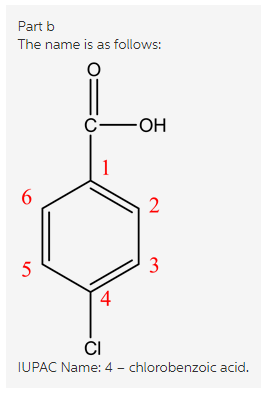