3. Sex determination in an unborn baby: 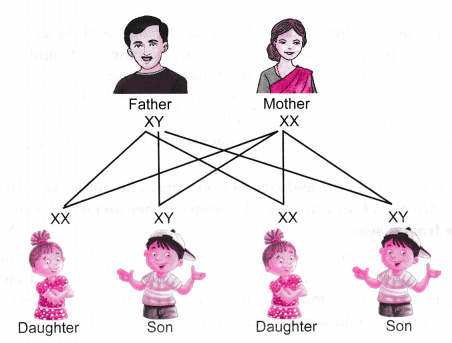 Thus, as the mother provides only X chromosome, the sex of the baby is determined by the type of male gamete (X or Y) that fuses with the X chromosome of the female.