State Gauss theorem in Electrostatics. Apply Gauss theorem to find electric field strength near an infinite plane sheet of charge.
OR
Briefly explain the principle of a capacitor. Derive an expression for the capacitance of a parallel plate capacitor, whose plates are separated by a dielectric medium.

Gauss"s Theorem: It states that net electric flux diverging normally from a closed surface is equal to 1/ε0 times the net charge enclosed by the surface.

Let electric charge be uniformly distributed over the surface of a thin, non-conducting infinite sheet. Let the surface charge density(i.e., charge per unit surface area) be 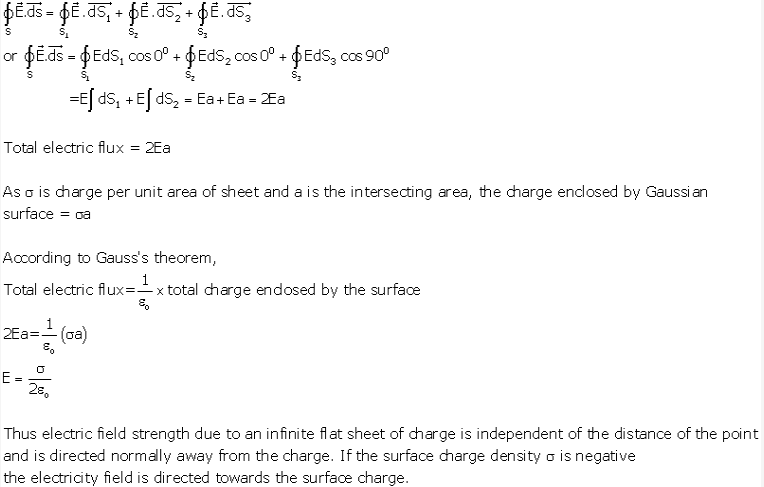 image.png764×487 10.6 KB
OR
Principle of a capacitor: A capacitor works on the principle that the capacitance of a conductor increase appreciably when an earthed conductor is brought near it. Thus a capacitor has two plates separated by a distance having equal and opposite charges.

Parallel Plate capacitor: Consider a parallel plate capacitor having two plane metallic plates A and B, placed parallel to each other (fig) The plates carry equal and opposite charges +Q and -Q respectively. 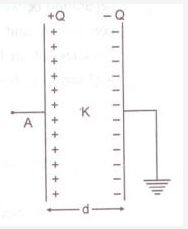 is the magnitude of charge density of plates, then 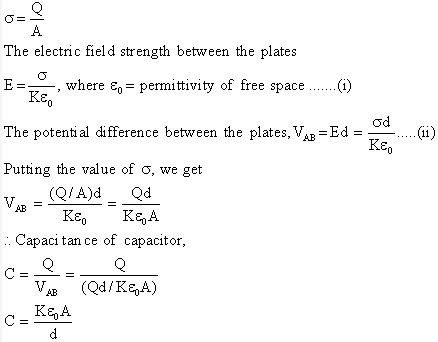 This is a general expression for capacitance of parallel plate capacitor. Obviously, the capacitance is directly proportional to the dielectric constant of medium between the plates.