Solve the following : (a) The teacher tells the class that the highest marks obtained

Solve the following :
(a) The teacher tells the class that the highest marks obtained by a student in her class is twice the lowest mark plus 7. The highest score is 87. What is the lowest score?
(b) In an isosceles triangle, the base angles are equal. The vertex angle is 40°. What are the base angles of the triangle? (Remember, the sum of three angles of a triangle is 180°).
( c) Sachin scored twice as many runs as Rahul. Together, their runs fell two short of a double century. How many runs did each one score? 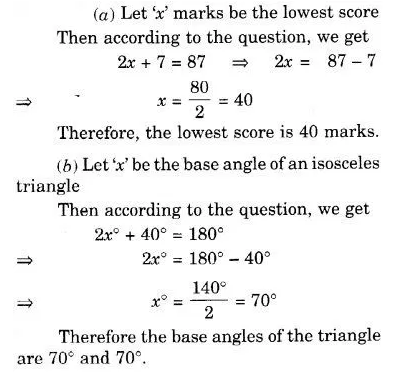 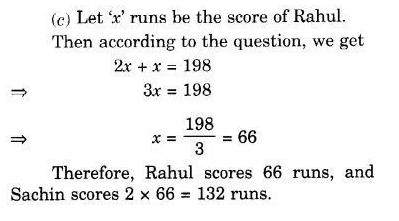