Rank the boxes on the basis of the magnitude of the normal force acting on them. 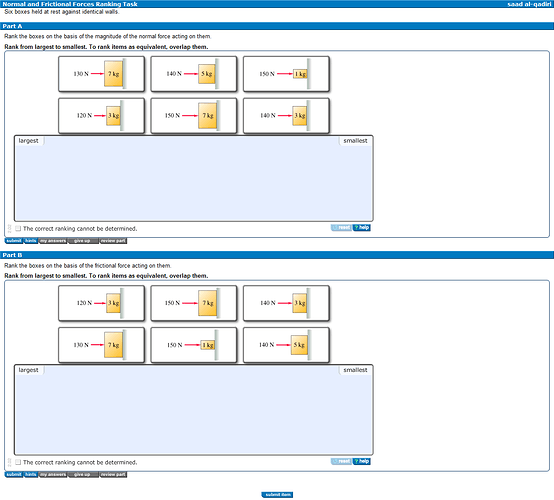 Concepts and reason
The concept used here is frictional forces and equilibrium of forces.
The normal force is the component of the force which is perpendicular to the surface of the contact. The force exerted on an object on the wall or floor, preventing the object from falling.
Consider a person standing still on the ground, in that case ground reaction force reduces to the normal force.
Here, first observe the forces opposite to the surface against which the blocks have been pushed to find the normal and frictional forces.
After that compare all the values of frictional and normal forces.

Fundamentals
Friction is the force resisting the relative motion of solid surfaces, layers, fluid and material elements sliding against each other.
It is a non-conservative force. The work done against friction is path dependent. For frictional surface loss is in the form of heat. Thus mechanical energy is not conserved.

Explanation:
The block having the largest force perpendicular to its surface will have the largest normal force regardless of its mass. If the external force acts in the body then the normal force is equal to the magnitude of the heights external applied force.