Provide the alkyne starting material A, intermediate organic product B, and identify the reagents

Provide the alkyne starting material A, intermediate organic product B, and identify the reagents. 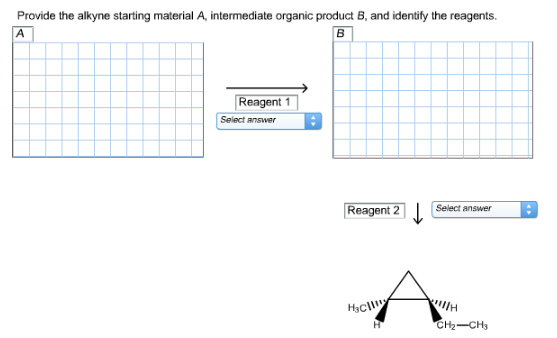 Fundamentals
Predicting the reactants of a reaction using the given products is known as retrosynthesis.

A chemical reaction involves breaking of old bonds and making of new bonds. In retrosynthesis, the bonds in the product are broken to get the possible stable reactants. For example, if the product is a cyclopropane ring, it could have been formed from an

unsaturated compound using ylide reactions or from an alkene by Simmons-Smith reaction.

Similarly, a lactone can be formed by an intramolecular condensation of acid group and an alcohol group or by Baeyer-Villiger oxidation of a ketone.

Cyclopropane ring can be formed from an alkene by the Simmons-Smith reaction as follows:

An E alkene can easily be formed by reduction of an alkyne as follows: 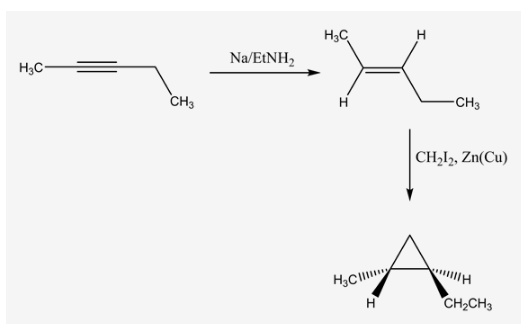