Label the energy diagram for a two-step reaction

Label the energy diagram for a two-step reaction. 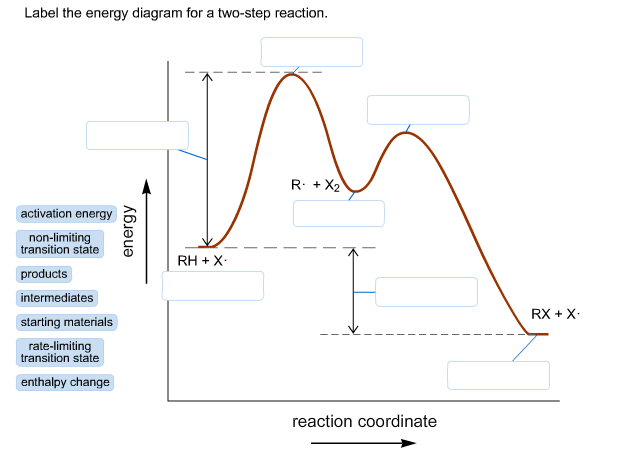 Concepts and reason
An energy profile diagram is a theoretical representation that shows how the energy of the system changes during a chemical reaction.
Some reactions undergo a series of steps, the overall reaction is added up to the steps. Two-step reactions proceed through two elementary steps. 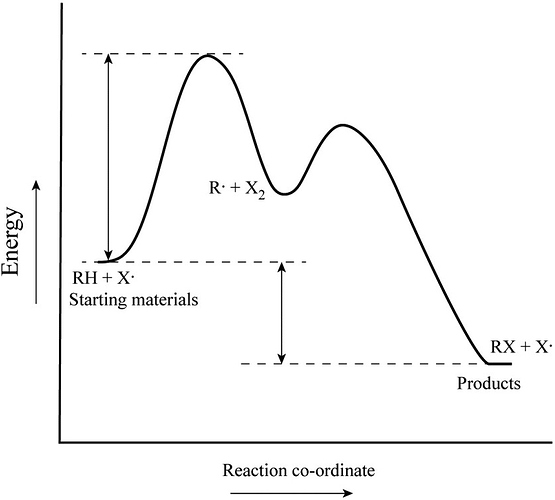 Explanation:
In the energy diagram, starting material is shown in the left side and product in the right side of the curve. 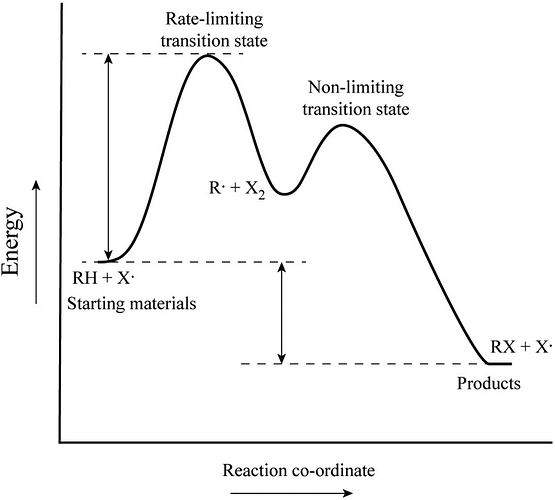 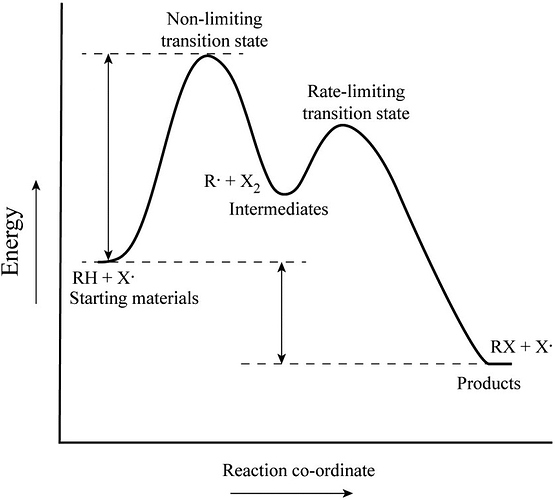 Explanation:
The trough between the reactant and product indicates the reaction intermediate. An intermediate has low energy as compared to transition state because it is more stable.