Identify the true statements regarding disulfide bridges (disulfide bonds). Include all that apply

Identify the true statements regarding disulfide bridges (disulfide bonds). Include all that apply.

Concepts and reason
A disulphide bond is also termed as disulphide bridge or an S-S bond. The disulphide bond is a covalent bond derived from two thiol groups due to oxidation of sulfhydryl groups. This oxidation process results in the formation of stable protein dimers, polymers, and their complexes in which the sulfide bonds helps in protein folding.

Fundamentals
The process of oxidation of sulfhydryl groups mostly occurs with thiol group of cysteine and the formation of an S-S bond is as follows:

Disulfide bond can occur between only cysteine residues as two thiol functional groups are required to form a disulfide bond.

Explanation:
Only the cysteine is capable of forming the disulphide bond and thus, it can do so with only other cysteine group but not with any other amino acid. These bonds are responsible for stabilizing the globular structure of the protein and these are the strongest of all bonds that a protein can possess.
The ability of the protein to fold and remain stable within its respective conformation is due to these forces which are holding the proteins. Disulphide bonds are used for many processes which include DNA replication, protein folding in E.coli etc.

Disulphide bonds can exist between two amino acid residues on different chains and stabilize the structure of the protein. 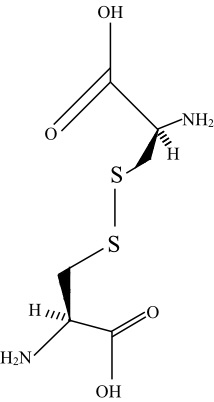