Draw the product(s) formed by heating the following compound in acidic methanol.

Concepts and reason
Trans esterification is a reaction process where the ester reacts with the alcohol in the presence of acid catalyst and heat to produce a new ester and alcohol. In this process, ester can be converted into other ester by using the alcohol group with acid catalyst.

image.png695×105 5.57 KB
Acid catalyst protonates the carbonyl oxygen in ester functional group which leads to oxonium ion. Then, carbonyl electrons are moved towards the oxonium ion while alcohol group attacks on the positively charged carbon in the carbonyl that leads to the formation of new ester.

From the given ester, the structure is shown below. 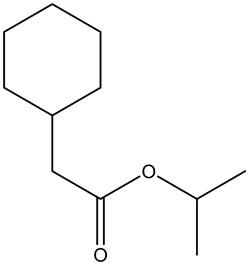 Protonation of the ester by an acid is as follows.

Explanation:
Given ester is protonated by the acid to form an oxonium ion. The positive charge on oxonium ion attracts the bonded electron pair towards itself, which causes the attack of methanol group on the positively charged carbon in the carbonyl group to give the tetrahedral intermediate.

Deprotonating the tetrahedral intermediate is as follows.

Acid/base reaction is a process where protonation occurs at non-carbonyl oxygen to make methoxide ion to methanol as a good leaving group.

Leaving group goes out by the movement of electrons from the adjacent oxygen and forms oxonium ion, which leads the ester by deprotonation.

Explanation:
Tetrahedral intermediate formed through the attack of the methanol on the oxonium ion, which is formed through the protonation of ester by an acid. This tetrahedral intermediate further undergoes acid/base reaction through deprotonating at carbonyl oxygen and protonation at non-carbonyl oxygen. This leads a new ester by leaving the alcohol group.