Draw a labeled diagram of a Van de Graff generator and explain its working. 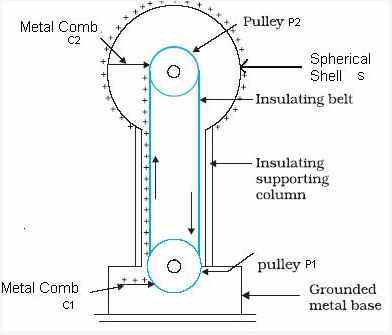 Working: The spraying comb B1 is given a high positive potential. Due to discharging action of sharp points, a positively charged electric wind is set up which sprays + ve charge on portion of belt in its neighborhood

The whole process is repeated again and again and in the process the electric potential of spherical shell may rise to several million volts.