A ray of light XY is incident on a mirror as shown in the figure. The angle of incidence for this ray is the angle between it and the line joining two other points in the figure. Name these two points and show the course of rays after reflection. 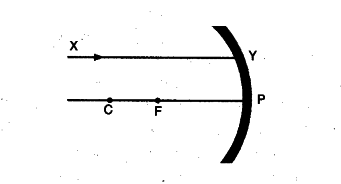 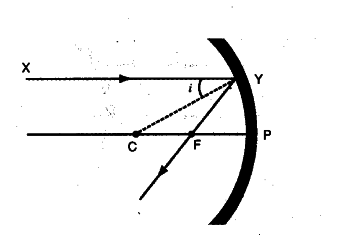