A player throws a ball upwards with an initial speed of 29.4 ms-1 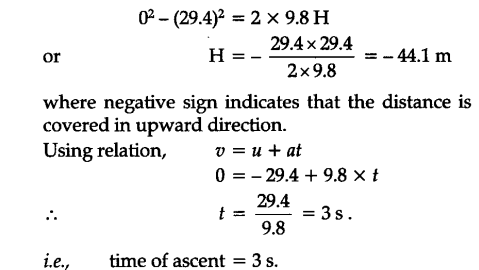 It is also well known that when the object moves under the effect of gravity alone, the time of ascent is always equal to the time of descent.Total time after which the ball returns to the player’s hand = 2f = 2 x 3 = 6 s.