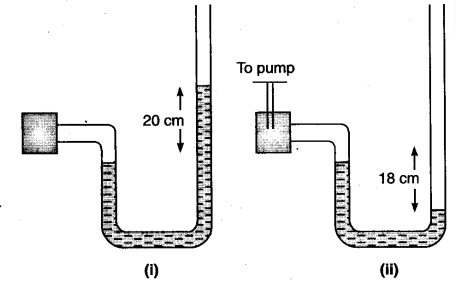 (a) Give the absolute and gauge pressure of the gas in the enclosure for cases (i) and (ii) in units of cm of mercury.
(b) How would the levels change in case (i) if 13.6 cm of water (immiscible with mercury) are poured
into the right limb of the manometer ? (Ignore the small change in volume of the gas.) 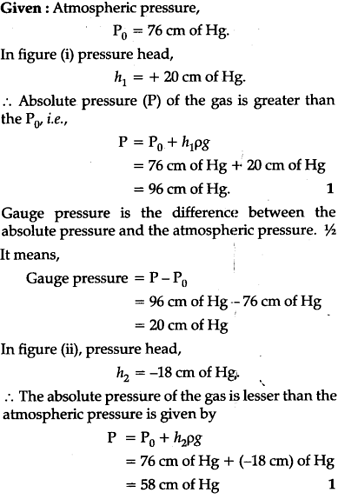 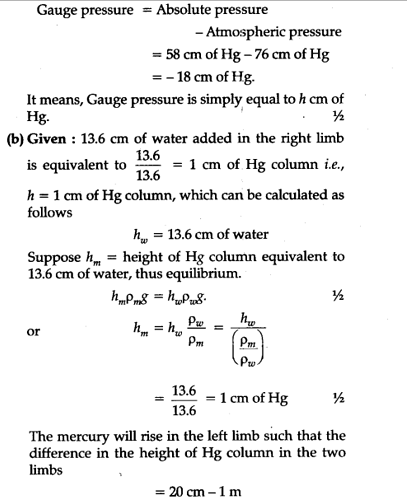