How did factory production begin in England?

A series of innovations in 18th century resulted in the effectiveness of the production process.
They enhanced the output per worker, enabling each worker to produce more and they now could make stronger threads and yarn.
The Spinning Jenny and other devices were invented to speed up textile production.
Richard Arkwright laid the foundation of the factory system.
He set up a cotton mill where, the mass of production were brought together under one roof and managed by a supervisor. Workers could come to the mill to work.
This allowed more careful supervision, over the production process, proper check over the quality and regulation of labour. Previously everything was done: at different places. This mill may be equated with a factory for production. 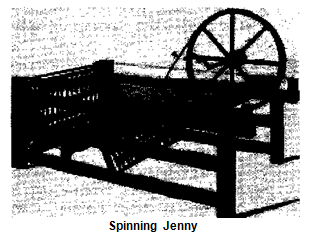